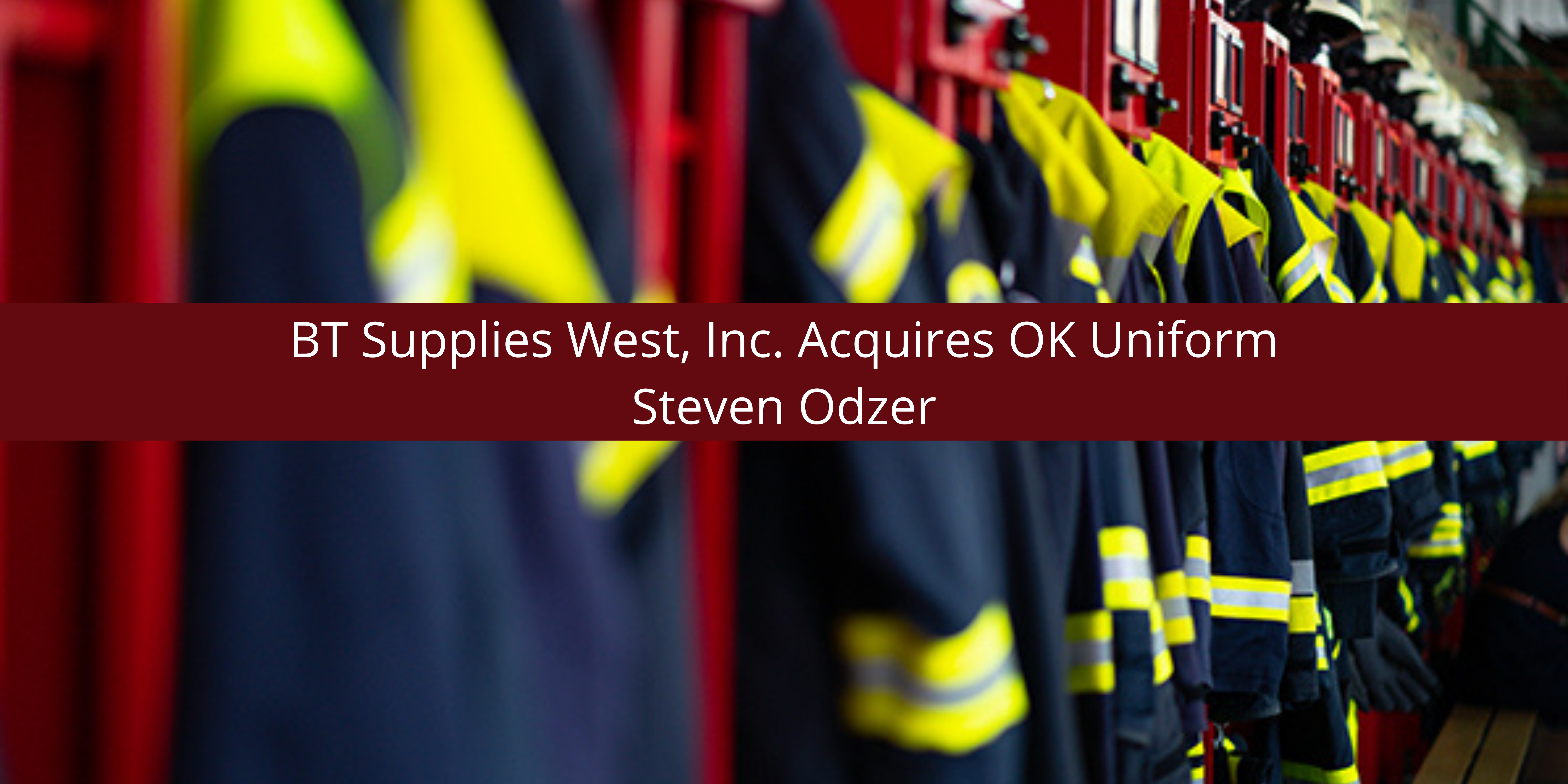 Steven Odzer, philanthropist and the Ernst and Young Entrepreneur of the Year in 2000 in the area of distribution has orchestrated a monumental deal for BT Supplies West.

The company recently announced that BT Supplies West, Inc. has acquired the 85-year old New York City uniform company, OK Uniform. According to Steven Odzer, OK Uniform specializes in uniforms for many of the industries served by BT Supplies West, such as health care, hotels, and restaurants, just to name a few.

These two veteran supply companies, now merged, will have the ability to offer a more varied and inclusive product list to customers all across the country.

Steven Odzer has quoted Dan Marell, VP of Business Development for BT Supplies West as saying, “We are pleased with our new category offering to our existing customers across a wide range of industries, customers who rely on us for the many cost-saving options that we offer. I am excited to welcome in the new team, along with Avi and Ezra, who are long-time friends of BT Supplies West. They are exceptional individuals who would enrich any workforce with their presence. We welcome them and the entire OK Uniform family and workforce into the BT Supplies West team.”

Steven Odzer: A Legacy of Giving Back

Steven Odzer has made a name for himself working to benefit the Jewish community, and for his other philanthropic endeavors. These include the recurring Steven Odzer college scholarship, as well as his own efforts to deliver much-needed personal protective equipment to hospitals and other organizations to help during the COVID-19 pandemic.

Steven Odzer saw a prime opportunity for two companies, both of which had a commanding presence within limited markets to come together. He knew this would not only bring greater success to both organizations but that together, they could serve customers with demands that neither organization could reach alone.

At present, OK Uniform is a leading supplier of masks and other personal protective equipment in NYC.