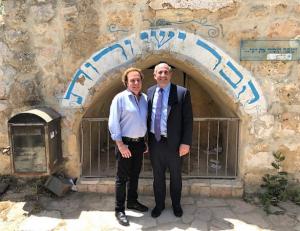 With over 30 years of distribution business experience, Stephen Odzer is the current CEO and founder of YBT Industries of Henderson, NV. He started his first business out of his parents’ basement when he was 18. In 2000, he was named the Ernst & Young Entrepreneur of the Year in the area of distribution. As a business owner, Stephen Odzer has always felt it was important to hire people with disabilities. He likes to share with other employers how to make it possible.

During the Interview
Stephen Odzer understands that although many employers might want to hire more employees with disabilities, they might not know how to get started. For starters, many employers are not as familiar with employment laws in their state. According to the Americans With Disabilities Act, potential employers can only ask if the interviewee has a disability if it’s a visible one. In this case, the employer can ask the candidate what type of accommodation he or she will need for the job. Asking this question will take the pressure off and make for a more successful interview. However, if the candidate shows no visible signs of a disability, then the employer should conduct the interview like any other one.

Once They Get the Job
Once an employer moves forward with hiring an employee with a disability, they need to set up the employee for success, according to Stephen Odzer. Aside from the necessary accommodations, the employee will need, employers should treat an employee with disabilities the same way as everyone else. Colleagues and employers should feel comfortable giving feedback to the new employee. Employees with disabilities want to be treated like any other member of the team. Depending on the employee, some might want to have a meeting with the team to talk about their disability and answer any questions. This should only get done with the employee’s consent.

Aside from supporting agencies that hire people with disabilities, Stephen Odzer also support causes such as both Jewish and non-Jewish causes, the AHRC, and Bris Avrohom, a large non-profit that helps Jewish immigrants from Russia integrate to life in the U.S. When he’s not working on his business, he enjoys spending his free time with his seven children and nine grandchildren. Also, Stephen Odzer is a sports fan. He spends his time cheering on the New York Yankees or the Las Vegas Golden Knights.