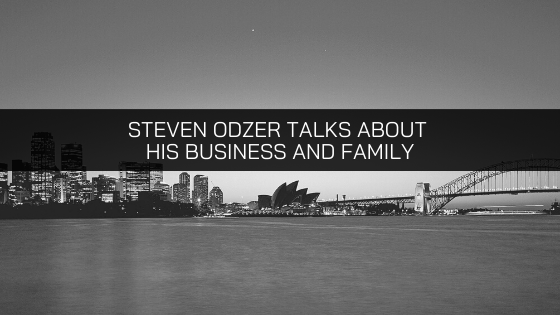 Henderson, NV / Steven Odzer started making his mark in the distribution industry 30 years ago. Although he is now the CEO of YBT Industries of Henderson, NV, Steven Odzer, started small. Steven Odzer is a successful American entrepreneur, and he talks about everything important to him and the motivation that helped him achieve success.

How do you spend a typical day?

“I like to have productive days, so I leave my house at 5 am every day. I take a break from working to go pray at around 7 pm. I typically work until about 7 pm, and then I go home to my wife and youngest two children,” described Odzer.

Is it difficult for you to maintain a life-work balance?

“As much as I’d like to be productive and work 24 hours a day, my family is too important for me; they keep me grounded. Yes, work is important, but my family is more important. I’m about to have my tenth grandchild, and I don’t want to miss any important family moments. I have seven children and a wife that I love very much. I also have a close relationship with my extended family,” explained Steven Odzer.

You started your own business at the age of 18, what motivated you to start a business?

“Since I can remember, I saw myself building an enterprise when I grew up. I also went to school with some of the wealthiest kids in the country, which meant their parents were CEOs of some of the biggest companies. I was in the right circle if I wanted to form a meaningful enterprise in the future,” Steven Odzer explained.

Looking back, is there anything you would have done differently?

“If I had to do it all over again, I would be less impulsive. I say that because I always had the urge to conquer the world, which made me be impulsive, and I made some mistakes along the way. Sometimes it is best to think about things more thoroughly to avoid certain mistakes,” stated Steven Odzer.

Besides your father, who did you look up to as a role model when you were a young entrepreneur?

“When I was younger, I looked up to successful leaders for inspiration. I had the opportunity to get help from Barry Halper, who was part-owner of the New York Yankees. Another person who inspired me a lot was Edmond Safra, who is a successful banker,” described Odzer.

What is a phrase you have never forgotten?

“Nothing is impossible,” Odzer said.

Steven Odzer is a big supporter of non-Jewish and Jewish causes, including. He spends a great deal of time helping the community.